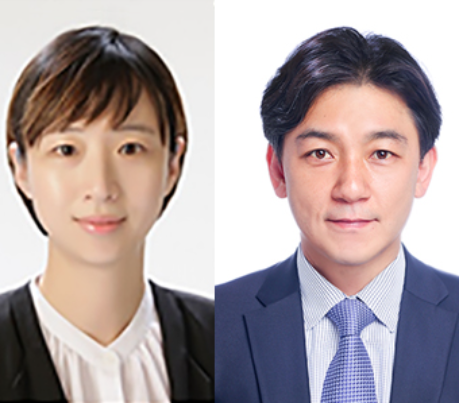 In February, 2017, Dr. Ahn received a doctoral degree with the paper, “Study on the moralization of intuitive thinking in the Zhou Yi” (Advisor: Prof. Kim Seong Gi), served as a senior researcher at Institute of Confucian Philosophy and Cultures (Director: Do-Il Kim), and a lecturer at College of Confucian Studies and Eastern Philosophy. After this, he was appointed as an associate professor of Philosophy at Gangneung-Wonju National University in September, 2021.

Dr. Ahn, who has been performing various research activities from his doctoral course, was selected as a Global Ph.D. Fellowship Program by the National Research Foundation of Korea, and presented his researches at international academic forums at Hawaii University, Nishan Academy, and Indonesia World Confucian Conference. After he received his doctoral degree with “Zhou Yi”, he was selected for Excellent Thesis Program, and Young Researchers Program twice in a row by National Research Foundation of Korea.

Dr. Lee was appointed as an associate professor of Department of Ethics Education at Kongju National University.

Dr. Lee received his doctoral degree with his thesis, “A study on the nature of Chu-li theory in Toegye philosophy: focused on conception of Li-fa”. After he worked as a lecturer of undergraduate college and a researcher of Institute of Confucian Studies Philosophy and Culture, he was appointed as an associate professor in September 1, 2021.

In order to modernize and popularize Confucianism, he was engaged in various writings in addition to academic papers. For example, he was engaged in translating “A Great Collection of Neo-Confucian”, “A record of reading ‘SimGyung’”, and “Gogyeongjungmabang” into Korean. He also published “Asking Road on the Road of Toegye”, “Asking Philosophy of Life to Toegye”, “the Life Textbook – Toegye”, “the Confucian Culture in Nonsan”, “Life and Death”, “Nature and Human”, “Seonbi”, and “Walking through righteous with Humanity” by himself or with other authors. Moreover, he has contributed a number of papers abroad. After he joined the Kongju National University, he has been conducting study to explore Eastern ethical ideas and their modern meanings, including Confucianism.