Appointed as an assistant professor at Inha University 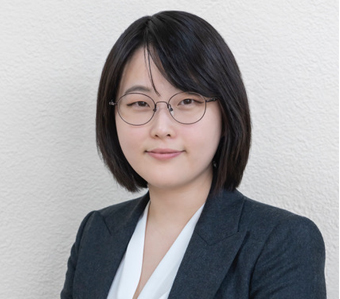 Dr. Park Hye Jin in the Department of Physics (Started her undergrad in ’07, started combined master's and Ph.D. program in ’11) is appointed as an assistant professor of Inha University in March 2022.

Dr. Park Hye-jin graduated with a Ph.D. degree (aggregation and statistics) in August 2016 with her dissertation titled, "Statistical physics approach to social phenomena: Emergency of cooperation and network structure of human preference” (supervisor: Professor Beom-Joon Kim). After graduation, she worked as a post-doc at Max-Planck Institute in Germany for three years and worked as a group leader at Asia Pacific Center for Theoretical Physics (Institute of Theoretical and Experimental Physics) for two years. She has mainly studied macroscopic group phenomena as a result of interactions between components and the diversity and stability of evolution and ecosystems. She published a total of 18 papers in the SCI journal.

Dr. Park Hye-Jin, who was curious about the world started a researcher’s life at Professor Kim’s Statistical physics lab when she was 4th year of university. Starting from research that finds out which strategy is more advantageous in Yut-nori (Korean Traditional Stick Game using Yut); between carrying and holding the game pieces, she continued her research that understands the world using Statistical Physics Methodology. She then went on to study the resonance phenomenon of the magnetic system caused by thermal fluctuations, learned traditional statistical physics methods, and studied social issues such as conflict, mitigation, and evolution of cooperative strategies within the workplace. In recognition of her research achievements, she published several papers in popular journals such as Physical Review E, and won a poster award at Statphys, the largest international society encompassing all fields of statistical physics.

Dr. Park Hye-jin, who conducted interdisciplinary convergence research along with theoretical physics, became interested in biological evolution and served as a postdoctoral researcher at Max Planck Institute for Evolutionary Biology in Germany. She mainly studied various evolutionary phenomena occurring in the ecosystem and living system. Among these, she deeply studied species diversity, which appears as interrelationships between species. In particular, she showed that the characteristics of the ecological group that rapidly proliferates just like bacteria can play an important role as evolutionary factors through ecological evolutionary dynamics that considered both evolution and ecology, which was independently studied. Highly recognized in an aspect of research importance and creativity, the research paper was published as one of the first writers in well-known journals such as eLife. Besides, she performed theoretical research about selfish genetic element evolution and the tRNA gene revolution.

Based on her experience in Germany, Dr. Park moved to the Asia-Pacific Center for Theoretical Physics in Pohang, Korea, and has been conducting her original research as an independent research group leader. She searched a new research theme around the questions of whether microbial clusters that help humans, such as microbial clusters that produce plastic degradation enzymes, can be grown through artificial selection. Also, she is interested in understanding ecological evolutionary dynamics, using the traditional method of statistical physics, and conducting theoretical research about how species diversity is determined when species interactions are random and connections are uneven. Currently, she continues to study this at the time when her appointment as an assistant professor at Inha University was decided.